Principle 1: Define your ‘why’

The keys to hearts and minds 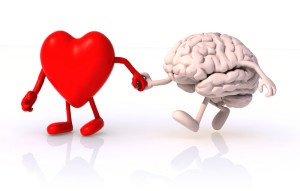 This article follows on from my last one,  focusing especially on addressing the third challenge I mentioned: how to engage hearts and minds in change.

I spent a long time last year writing a book on how to handle change in church better. Clearly a specialist topic you may say! But, during the summer, I sat back to consider what all the research and energy that had been put into the book had to say for other organisations.

The uniqueness of organisations that are communities…

How special is the local church setting?

One of the most significant attributes of a local church is that it is a community of people who come together voluntarily. It is without the normal structures and incentives of a commercial or public organisation. In this sense it is like many other community groups – from golf clubs or some social enterprises to the National Trust (in its most inclusive sense) or political parties:

I like writing, and writing a book is a fascinating endeavour – part creative, part tedious. At its core it is a great challenge to hone concepts, thoughts and ideas to a sharp point. Writing has a precision that speaking can avoid and this demand fuels a creative edge.

I sat in front of a cappuccino in my local coffee shop considering the wider application of the content that I had been wrestling onto paper. Here, in this creative space,I realised what it was. I was grappling with the challenge of generating wholehearted commitment to change.

In church, as in many of these sort of community organisations, it is often impossible to realise the desired outcome of a change without the real commitment of everyone who is expected to participate.

This is especially true where we talking about ‘cultural’ attributes like:

Without wholeheartedness few of the most potentially desirable goals in these organisations will be reached, whatever the leaders’ rhetoric.

I realised that in many respects, I was summarising in the book how to lead change and carry people with you: how to build wholehearted commitment to a change.

…yet all organisations are really communities

However, after further reflection on the ‘unique’ qualities above, I realised that the list of points could just as readily be applied to commercial or public entities… or at least any that aspired to be high performing and innovative. Ideally people choose them because they resonate with their own values, talents and goals. Structures frequently change, and often do not operate as they seem. Governance is by consent: those organisations that focus on command and control do not move fast enough or effectively enough to compete well and grow. Tools for coercion are much weaker than some leaders think – especially if you want the whole person and not just their body to turn up for work!

Sadly many leaders and organisations simply don’t get this.

In 2013 Gallup measured levels of engagement  in workplaces around the world and found that as few as 1 in every 8 workers could be described as engaged. In the UK it was 1 in 6. Most (over 6 in 10) were not engaged, and a quarter were actively disengaged. Other sources put the figures higher but most call out the same issue – hearts and minds are in the minority in the workplace.

Most people are coming into work without any drive to think about better ways of moving the organisation forward or new ways to tackle the most pressing obstacles they face. They are not experiencing the enjoyment of ‘flow’ in their work nor the satisfaction of feeling that they are serving higher goals in their lives.

When change comes along leaders whose mindset is more task focused, control focused and ‘my agenda’ focused, lead in such a way that it simply reinforces employee disengagement and cynicism. The very steps that they follow and their own interaction with staff disempower and disengage.

In a commercial and public world that is experiencing endemic, rapid and diverse types of change the failure to win hearts and minds is a big, big loss. Furthermore in such a situation, really effective leadership is intimately linked to the leadership of change. Effective change leadership is the order of the day, week and year.

In this respect the work that I had been concentrating on for the year was of a much wider significance than I had appreciated when I had started. I was looking at change in an environment where all the participants hearts needed to be engaged.

This led me to a big question:

If you had to advise a leader how to lead change in a way that maximised the probability of generating real commitment, what would you say?

Some aspects of this question are captured in change management and adaptive change approaches especially speak into this space. Yet in all my research I had not seen it summarised succinctly anywhere. I knew parts of the answer, but I had never tried to distil it down.

With that in mind I tried to produce an answer on a single sheet of paper (or screen!). A set of principles that I might be able to remember and call to mind to shape actions in change programmes or in communication to leaders.

I started with five but after consultation with some colleagues the list grew to six. Still enough to sit comfortably on one side of A4. Are these a definitive list? I don’t know. I doubt it. But after a lot of thought I think that they, at the very least, provide a strong starting list… and one that it is possible to keep top of mind.

These will be the topics for my next 6 posts. In the meantime, try and answer the question for yourself…