The UK energy market has been coming in for a lot of criticism in the last few weeks because although wholesale gas prices have fallen a third since their peak at the end of 2013, the best big six price reduction has been 5% (British Gas and npower).

The press and MP’s have criticised the market, suppliers and the regulator. The Commons Energy and Climate Change Committee published a withering report on the regulator and their attitude to value for money, and there was no evident sympathy for Centrica with its 35% profit fall when they published their results last month.

Yet it is not true to say that people do not have a choice.

Whilst there has been this barrage of criticism across all news media, Martin Lewis, of Money Saving Expert fame, has been just as vocal in challenging energy consumers to take ‘just 10 minutes to save £250’ by using comparison sites and the internet to find the better deals that are on offer from smaller suppliers. Similarly, the Competition and Markets Authority has calculated that 95% of duel-fuel customers could have saved £150-250 simply by switching tariff from the big six.

So the question that intrigues me is this: Why is it that half of the homes in Britain don’t care enough about switching and are not interested in earning £200 for 10 minutes work to secure their share of £2.7bn?

These are not ‘rich’ households and given that real household incomes have fallen, why wouldn’t people make such a small effort for such a large benefit? It is not exceptional … your probability of divorcing is greater than that of changing your bank account (if you are married of course!).

There has been no proper study on this, but identifying the possible reasons could help to answer the question of whether politicians should be that bothered and how to make progress.

Equally it might provide insights into other change situations.

I think there are several, overlapping reasons that keep so many people with their current provider and which help explain why people often even resist a positive change. Here are 6 reasons why and what the government could do about it. All are good lessons for other changes:

1.   Instant pain versus an invisible prize

We know that people remember an experience based on its peak and last levels of pain (or so we are told about mothers and childbirth). Changing energy suppliers takes only 10-15 minutes but it is a task that demands detail and concentration. It has no immediate emotional reward. It is cognitively painful for most of us.

Against this we have a prize that, although worth a lot of money, is something that people will never really experience. Yes they will pay a little less for their energy for the next twelve months but there will be no large cash sum in their hands. No clear prize that they can experience. Only slightly lower bills each month.

The experience is not clear enough. Maybe if the cheaper supplier paid you (upfront?) a large cheque our senses would see it differently…and if it really is that clear then suppliers could.

We all know about someone’s aunt or friend who tried to change and the process screwed up.

These disaster experiences get related by people whenever the subject of a change is mentioned and succeed in scaring off a few more people. The ‘reference point’ will explain how everything became more expensive rather than cheaper and created a load of hassle.

There is a rational risk aversion that this feeds and in these cases it needs addressing. Some quantification of the real numbers who experience issues and a more transparent and effective regime for rectifying issues would help unlock confidence to change.

For people who have never made a change in their supplier (and there must be quite a few given the stability of the British Gas market share) then there must be a real fear of the unknown.
These people are being asked to take a completely new and unfamiliar step.

This is compounded by the fact that the switch is primarily conducted on what is a very recent and poorly understood medium for many, especially older buyers – the internet. Some will not want to give out card details (fraud risks) or email addresses (phishing and junk mail) and many will not be confident that they can fill in the forms easily and without human support.

Such fear could be overcome with either telephone help, co-browsing support or even local workshops… which could even be charged for. (At £25 a change that could still earn ~£100 an hour). Transition support is vital for some people.

4.   The stress of decision making

Experts in psychology and decision making have established that making choices, especially where there are many options, uses a lot of energy and creates stress. This leads not only to fatigue but also to people seeking to avoid making decisions. The best example is that if a store stocks too many jams it will sell fewer jars than if it limits the range on offer (and therefore the choice that it asks people to make).

The nature of an unfamiliar decision where there are uncertain outcomes, a legal commitment, many variants (providers and tariffs), and the potential to get details wrong and create problems puts people off the change and they avoid it – because it is their choice and they can.

The government has tried to cut in on this issue by working on the tariff complexity (but this is compromising cost for some groups of consumers) and by improving information by insisting on documents that at least stand a chance of explaining how much gas and electricity a household uses. These are good starts. It is not an easy obstacle to address but not enough has yet been done here and the judgement over what constitutes simple to understand information seems not yet to be simple enough.

Maybe it is time to insist that companies use a third party reporting mechanism – and build in comparisons for good measure automatically, where the top 3 or 5 competing offers are listed.

5.   Belief in the value of a relationship

Some consumers I am sure stay where they are in the belief that there is some value in the stability and longevity of the relationship that they have with a supplier.

They probably believe that this will prevent problems occurring in continuity of supply or in the resolution of administrative issues – a belief that longevity confers loyalty, whereas a new supplier would not have any sense of commitment. I empathise with this as a bit of me thinks like this – even when it is not true!

Only counter experiences (their own or trusted friends) will really change this belief and even then I suspect that it might erode but not eliminate this (maybe because I sense that if there is an issue it would be one of the first arguments we would all use … and as such it would also count for a bit on the other end of the call!)

Good regulation on service standards that are faster to press the likes of Scottish Power and npower to address poor service would help – especially if the regulator made their own performance more metrically driven, easy to access and transparent.

Lets be honest – having to keep a checking on your energy is a real pain and there are many other things that it is much more enjoyable to do not just after a long day of work but even after a relaxing sit in the sun.

Words like tedious, boring, fussy and fiddly are just a few of the adjectives that come to mind. It really is inconvenient to ensure that you always have best value. This is a real opportunity for automation to increase convenience – a factor that really helps to make change motor more quickly.

It’s why third party sites like moneysavingexpert.com can be so useful. Membership of their energy club does the monitoring for you for free and emails you prompts, unless you have already fallen out of love with the Big Six in which case like me it doesn’t work because my local cheap supplier is not covered.

Six hurdles that, if jumped, could energise the consumer.

Six factors to consider when considering any voluntary change. 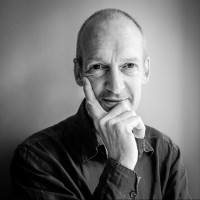